We had a perfect morning for kayaking earlier in the week and, as usual, I could hear comments from my niece in the distance wondering if I had checked the winds in the forecast and why was I taking photos of my coffee mug again 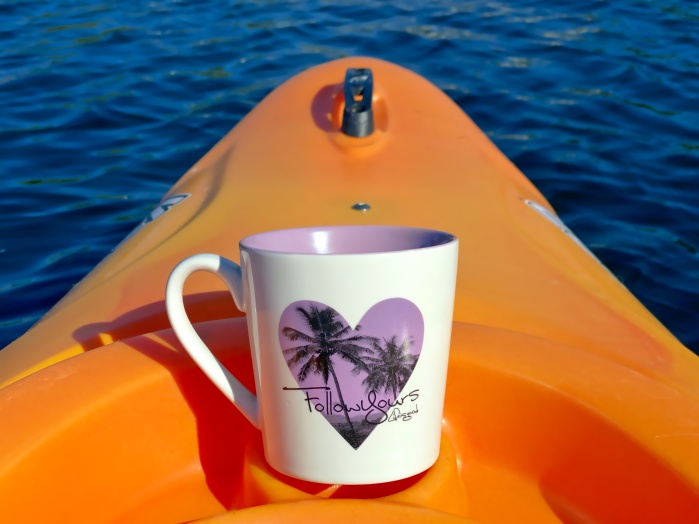 instead of the wonderful sandhill crane dancing along the shore as it was being chased by red-winged blackbirds.  On other outings she has kindly let me know when a crane had just flown right behind me as I was obsessed with obtaining a family portrait of the swans. 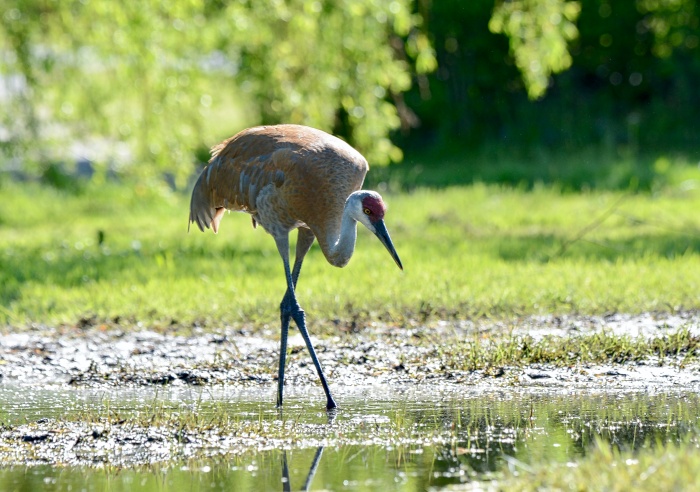 My niece has always been more about the kayaking than the birds, especially after watching how the swans look at me and being attacked by red-winged blackbirds, 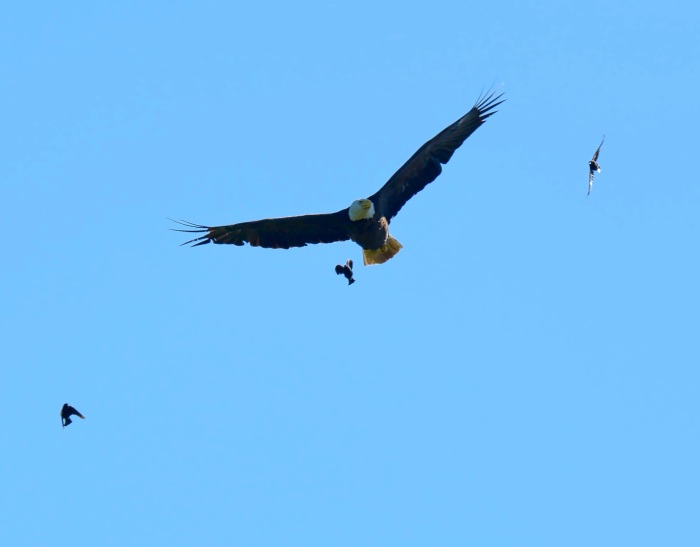 but I finally have a birdwatching wingman after we joined the red-winged blackbirds chasing an eagle around the lake in what at times resembled flying scenes from Top Gun. 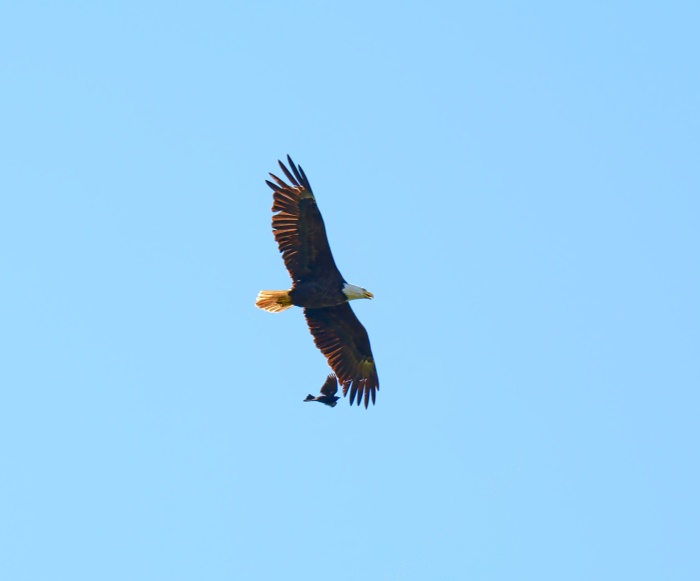 It was windier than expected with my kayak bouncing all over the place along with my Tamron 150-600mm lens and I heard my niece in the distance telling me to quit worrying about if any of my shots were going to turn out and start watching the birds (she’s officially now a birdwatcher).  Of course, I had the wrong settings when I excitedly began capturing the scene, but 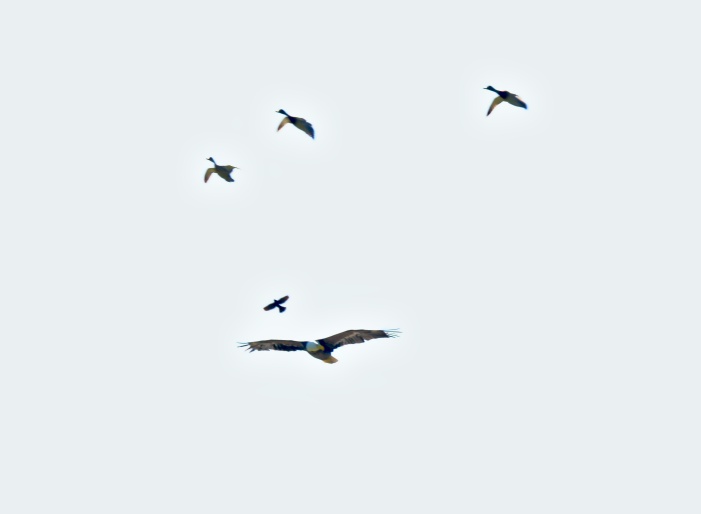 luckily the chase went on for some time and the eagle was kind enough to keep circling the area long enough for me to adjust my settings in time to capture the red-winged blackbirds in pursuit.

The birds are very determined to keep everyone away from their nesting area and I had failed to warn my niece just how protective they were of their nests prior to them attempting to dive into her hair during her first time kayaking in the area.

We were able to watch the eagle’s evasive maneuvers, but

that often appeared to not be working as I swear the little birds were chirping “it’s time to buzz the tower.”

After about forty-five minutes the eagle stopped for a rest and tried to ignore the birds, and luckily I was able to stop and rest for a moment before I dropped the camera and paddle into the water, but there was no stopping the red-winged blackbirds. 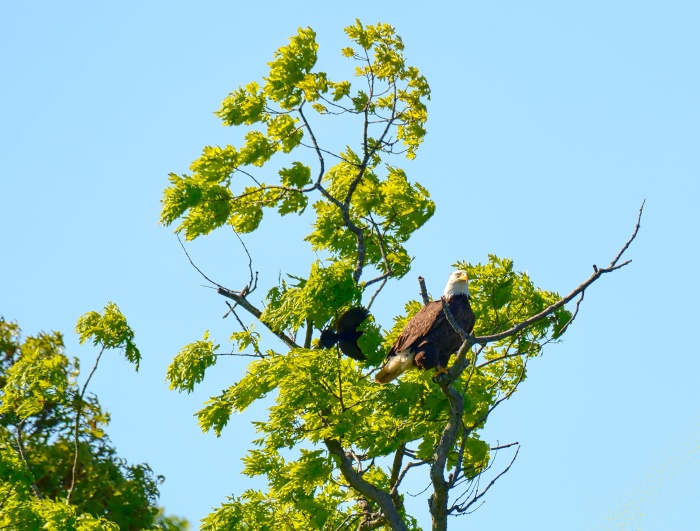 I’m not sure what was finally shared between the birds when they came face-to-face, although I could picture the eagle saying “son, your ego is writing checks your body can’t cash.“

There were moments when I wondered if a friendship could develop

or an agreement, like with my birdwatching niece, that “you can be my wingman anytime,” but

the eagle would be more than ready for a peaceful solo flight home. 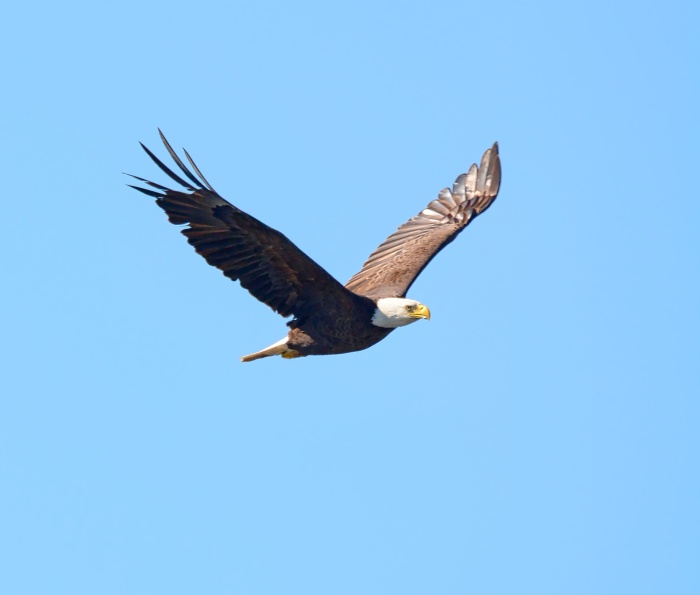 10 replies to The Week In Seven Photos