Well, we begin Harper’s fourth month and the first day of summer not only wondering if puppy lessons are needed, but also if after this week that puppy therapy sessions may also be a necessity.  Harper is still adjusting daily to every new item and situation she encounters, including strange new creatures surprising her around every corner of the house.

I made the mistake early in the week of walking Harper down the driveway to retrieve the garbage can and, after she was convinced it was chasing her up the driveway on our return, she now believes a green monster lives in our garage.  Of course, I managed to increase her anxiety each day by scaring her with the spooky vacuum that lurks in the closet and spending time in the kitchen to actually cook, instead of just stopping by for coffee or treats, where she was convinced that the house was on fire.  I thought a trip to the outdoor mall that welcomes dogs or a Dog’s Night Out might relax and cheer her up, but overall I think we only managed to guarantee that we would be seeing a therapist twice a week. 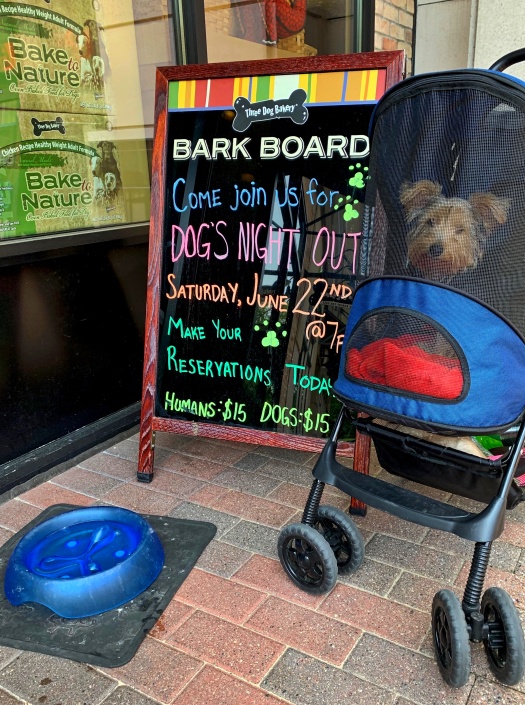 I was hoping some of my favorite things would have a soothing and relaxing effect on Harper, but it appears I was the only one enjoying the trip to the wonderful Three Dog Bakery, 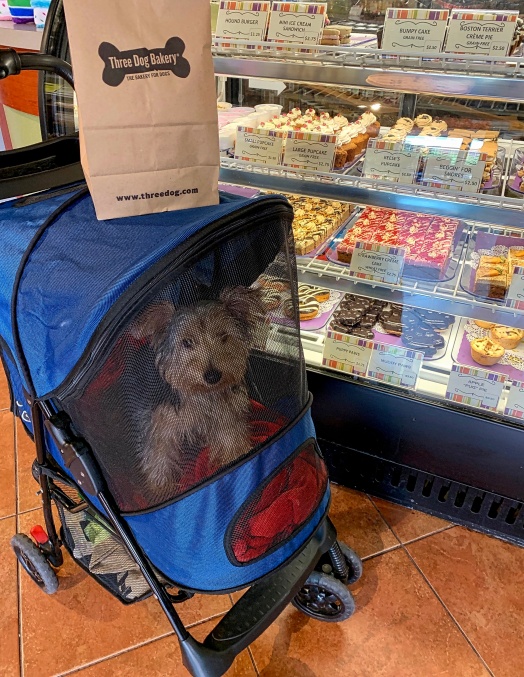 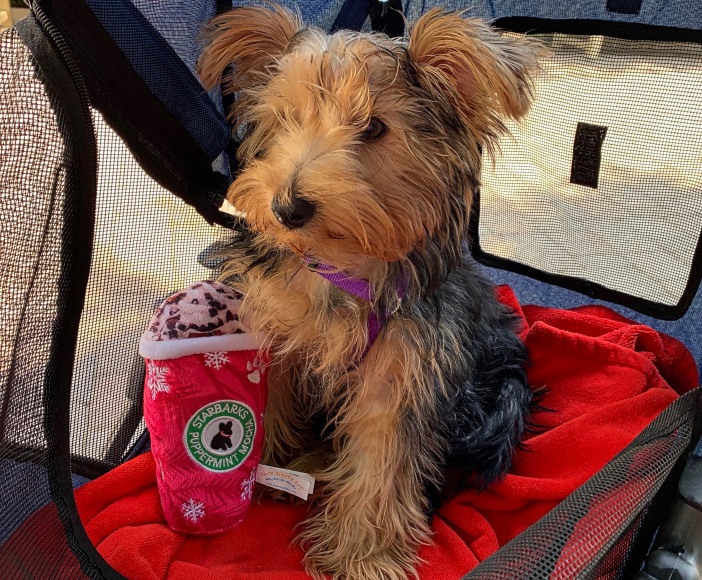 and the beautiful hats on display at Nordstrom.  Although, she was much happier in the air conditioning

and grudgingly agreed to wander through the Lululemon Pop Up store.

She did appear to be relaxing at times, but pure panic set in when she found out we were going into my favorite cooking store in the fear that I would be attempting to cook sometime soon.  Thankfully, cruising in the Jeep absolutely helps her relax and after the drive home she enjoyed her Starbarks puppermint mocha and peanut mutters cookies.